Rega tonearms have rightly earned a great reputation in their outstanding value for money. The good news is that the performance of the Rega RB250, RB300, RB600 and RB900 can be dramatically improved for a relatively small investment. The modifications for Rega tonearms developed by Origin live have received unanimous acclaim and strong recommendation in numerous magazine reviews - not surprising when you consider that they elevate the performance of this arm to compete with tonearms at 5 times the price!

It should be noted that the structural modification to the Rega arm is far more significant than any rewiring of the Rega, even though rewiring the tonearm is known to do wonders for the RB250 & RB300. Rewiring the Rega arm yields particular improvements to bass weight and transparency.

The modification entails reconstructing the rear end of the Rega arm on which the counter weight is attached. This is an extremely critical area, as the counterweight represents by far the highest moving mass in the arm and affects any tonearm's performance more than can be imagined. The work involves removing the rear end stub (which is normally just screwed into the end of the Rega arm - a sonic disaster), and replacing it with a new stub, which is then torqued onto the arm by a thin high tensile bolt. The stub is also designed such that it presents a low contact area onto the arm tube and is therefore decoupled, yet far more rigid than the original. This also allows the counterweight to be rigidly torqued onto the stub using an allen bolt. On an unmodified arm, the counterweight must not be rigidly coupled in this way due to the poor vibration characteristics of the standard arm / rear stub joint. This ingenious Origin Live modification elevates a good tonearm into the same league as the super arms and at an insignificant outlay. This mod applies to the RB250, RB300, RB600 and the RB900 in fact a modified RB250 will still comfortably outperform a modified rega RB300, RB600, or RB900 tonearm.

You can utterly transform your Rega tonearm or acquire a similar OL1 and have it upgraded - it is worth it!  Several reviewers in the past have used an Origin Live modified OL1 tonearm as their reference tonearm in preference to pick up arms costing over 6 times as much. All the Rega arms can be transformed to perform in the super arm league. A stunning range of modifications by Origin Live elevates them to above the performance level of some of the very best (no hype!). These unique modifications transform the Rega arm in such a way that every aspect of performance benefits. The results have astonished users who report the difference is a night and day experience.

"With its superior bearing arrangement and no tracking force spring to add resonances, it's a true giant killer. It has all the dynamic power and seismic bass of a £2000 super arm but costs a fraction to buy. With Origin Live's rewiring, it's one of the best arms money can buy and no less a bargain."
David Price, Hi-Fi World

"In short, the performance boost was striking. The most obvious improvement concerns scale. With the modified arm, the stereo image is much wider and deeper. Focus, enabling each musician to be placed with accuracy within the sound stage, is better too. And improved bass depth increases solidity and weight. In fact, there isn't an area in which the standard arm betters the modified. Dynamic swings are faster and tonal colours far more vivid, making the standard RB250 seem almost grey by comparison."
What Hi-Fi? (Sep 98) gave the modification 5/5 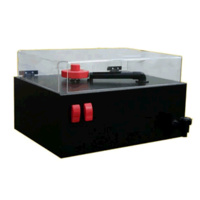 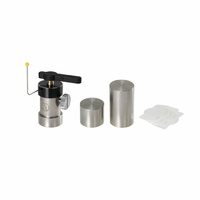 Lifts tonearm automatically at the end of a record 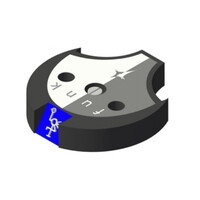 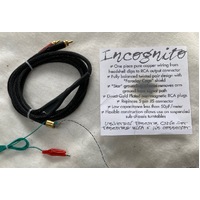