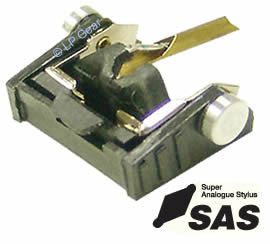 JICO Super Analogue Stylus replacement for the Shure VN45HE stylus for use with the Shure V15 Type IV phono cartridges.