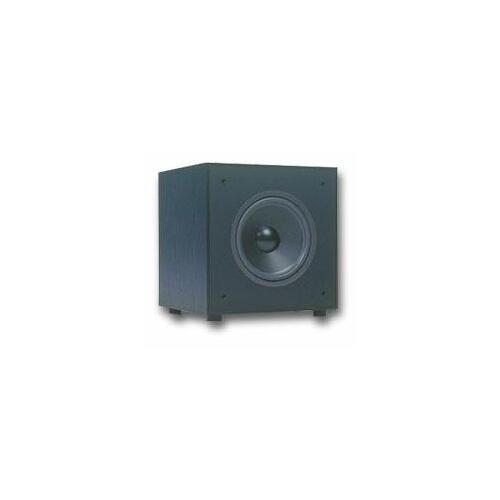 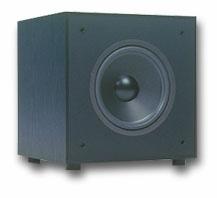 The point of a subwoofer is to restore the bottom octave (or a bit more) of the music or film soundtrack, which most loudspeakers, especially affordable ones, cannot faithfully replicate at anything near realistic levels. Though it sounds simple enough, accurately integrating a subwoofer with your main speaker system, whether in a two-channel stereo or one of today’s multichannel systems, is no simple task.

And it seems that everyone who manufactures loudspeakers, and a whole host of wannabes who don’t even do that, are offering powered subwoofers, some as low as $99. Many offerings today use the cheapest woofer to suit the application, the least expensive amplifier circuit that will work, and the flimsiest box to contain them, all in an effort just to have an entrant in this lucrative add-on market. And though these subwoofers "work," they simply boom and rattle and don’t do anything to enhance the performance of the system to which they are added. Some companies, especially those that already enjoy a good reputation among audiophiles, know that merely adding a series of subwoofers to their line is not good enough, that going through the motions, so to speak, will tarnish their image rather than strengthen their already good reputation. What does one do when set adrift in such a Sargasso of potential mediocrity?

With simple beginnings in 1977, the small group of devout audiophiles at Mirage have built a solid and well-deserved reputation. Joining the API Group in December of 1984 gave Mirage a nice boost, linking them to a 160,000-square-foot factory staffed by over 280 people and with offices in the United States, Canada, Europe, and Australia. This association has earned Mirage an international reputation for creating loudspeakers that are both affordable and satisfying to even the most discerning listeners.

Last year, Mirage launched its newest line of speaker products, the FRx series. The FR stands for "front radiating" and, though not an altogether new departure for Mirage, these speakers represent a departure from the design methodology that has become Mirage’s identifying keystone: the omnipolar design. The original Mirage model was so named because it was a bipolar dynamic loudspeaker and met the design team's goal of developing a loudspeaker that listeners would forget was a speaker. Though of a more conventional front-radiating design, the new FRx subwoofers show that Mirage has retained innovation and performance as its designs goals.

Residing in the middle of the FRx subwoofer line, the FRx-S10 offers some very nice features, especially given its very realistic $450 price point. The amplifier consists of an all discrete MOSFET class A/B 100-watt job claimed to be capable of 400-watt peaks. This drives a 10" heavy-duty woofer, vented to the rear, which is magnetically shielded no allow placement of the subwoofer very close to your direct-view monitor, as I have done. Its claimed frequency response is 28Hz to 100Hz +0/-3dB.

In an attempt to decrease noise, Mirage has chosen an isolated A/C power supply for the amplifier, with its heat sinks mounted internally to provide efficient heat dissipation while permitting more flexible placement. One of the nicer features found on most of today’s subwoofers is the addition of an auto on/off circuit that senses the presence of voltage from your receiver to turn on or off, eliminating the need for you to do so manually. The intent of the internal clipping-protection circuitry is to prevent the amplifier from rampant distortion if overdriven by the source. All controls for the unit -- volume, crossover control, pilot light, high- and low-level inputs as well as the fuse holder and power cord -- are all located on the rear panel, giving the sub a sleek, clean look from the front. In fact, the only thing visible from the front is the square grille cover, which occupies the whole face of the unit.

Input signal may be introduced to the sub by either mono or stereo RCA signal inputs, or via speaker-level inputs through a stereo set of spring clips. I guess at this price I shouldn’t be so picky, but I would have preferred to see even inexpensive five-way binders. The input signal is handled by an 18dB-per-octave low-pass crossover, and is user selectable from 50Hz to 100Hz via the rear-mounted control knob, which is just above the volume knob.

The FRx-S10 was inserted into my surround speaker system, which currently is comprised of my modified 7’ 10" tall Acoustat full-range ESLs for the fronts, a Mirage MC-3 center-channel speaker, and a pair of Phase Technology PC-40s for the rear. OK, I know what you are going to say: What a hodgepodge! And though you are correct, each piece has earned its place, and I invite you to drop by audio analyst central any time you are in the area and enjoy Silverado or The Fifth Element in their entire splendor.

For now, the rest of the system resides in an 11’W, 14’ 8"L, 8’ 2"H room and consists of a Luxman R-1050 receiver for the front two-channel work and Yamaha DSP-E 200 for 5.1 processing and center and rear amplification. Video sources are Sony SLV-595HF and Panasonic PV-4862 VHS VCRs, and a Pioneer DV-414 DVD player. All video cables are from Monster Cable or Straight Wire, speaker cable is by D. H. Labs and Monster, and interconnects are from Harmonic Technology. My monitor is a well-maintained and regularly tweaked NEC CT-2760. It all works surprisingly well together -- and when the surround is shut off, it makes quite a satisfactory second audio system.

I was taken by the solidity of performance of this little sub right out of the box. Having been around the audio retail game for what seemed like forever, I wasn’t used to a sub of this size and price point doing anything like this one did. I prefer my subwoofers to be low and fast, probably less overbearing than the general video fan, so after a bit of experimentation, I ended up with the variable crossover set at 60Hz and the volume at 2 on a scale of 10.

Probably one of the most overworked demos in all of DVD-dom is The Fifth Element [Columbia 82409], but the low bass rumble throughout the opening credits and up to the beginning of the Egyptian sequence really tests the performance of your sub. Well, sci-fi fans, the windows in the room and the glass in my coffee table shook in sympathy with the soundtrack -- and not out of sheer amplitude, but rather from simple frequency extension alone. This was promising.

I tried all the bass tracks in my collection and found them all to be handled much better than I would have expected. The thunderous rumble from the six THX trailers on the THX Theatrical Trailer DVD [no production number as this was a limited-edition demo disc issued by Lucasfilm], as the frequencies sweep lower and lower, kept both their pitch definition and power. The explosions and low-frequency sound persistent during the flying overviews of 2019 Los Angeles in Blade Runner – The Directors Cut [Warner Brothers 12682] had both great depth and detail. They weren’t just droning low-frequency mud as rendered by other subs of similar cost. The subcutaneous rumble from Richard Strauss’ Also Sprach Zarathustra during the opening sequences from the late Stanley Kubrick’s epic 2001: A Space Odyssey [MGM 906309] had nearly the same weight and power that I have come to expect from my reference two-channel system.

Next up, a DVD that belongs in every collection for its warm, engaging sound and crisp, vivid picture: James Taylor – Live at the Beacon Theater [Columbia 50171]. The numerous low-frequency noises and foot falls of stage hands and musicians as they move around behind the action are well captured and re-created, almost to the point of distraction. The weight and speed of the bass guitar laying down the rhythm backbone of "Don’t Let Me Be Lonely Tonight" is clear and powerful, with just a hint of blurring -- and then only when I ran the volume of the system to near clipping. FRx-S10’s surprising ability to very accurately retrace the bass guitar runs throughout "How Sweet It Is" had me marveling. Its ability to maintain bass pitch definition throughout the complex "Mexico" once again had me on the edge of my seat. This sub was some performer, especially given its meager cost.

I began to wonder just how far you could push this little guy, so a fiddling with the knobs I went. Elevating either the crossover point much above the 60Hz mark or the volume knob much above the number 2 setting I had already dialed in quickly brought a loss of detail and that wooliness or thickness that so often plague the home-theater systems I hear in the homes of others. I quickly turned them back down to the original near-magical settings I had first settled upon.

Moving to pure music was a disappointment. The nether reaches of "The Invasion" from the soundtrack to Seven Years in Tibet [Mandalay/Sony SK 60271], while somewhat satisfying in the sense of excavating the depth and power of the huge drums and the cavernous space of the recording, was less than fulfilling in its blurring of those drums’ individual pitch as they attacked and articulated the space. The near-infamous bass run by Vic Wooten through "Flight of the Cosmic Hippo" from the album of the same name [Warner Brothers 9 26562] was also handled poorly, both in terms of definition and the sheer attempt to render the power of the notes. Am I being too harsh? Maybe, but I heard what I heard, and the FRx-S10 was much more impressive with movies, where its range and ability to define individual sounds are perhaps not taxed to the same extent they are with music.

The Mirage FRx-S10 is an effective video product for small to medium-sized rooms. It is capable of great articulation and very solid, powerful re-creation of clean, deep bass, with weight and power that will turn your favorite action adventures into events. It has enough clean power and control to belt out the most difficult demands from films with the clarity of some of the big boys -- if you watch the settings! It integrated with my main speakers with surprising ease, something I cannot say of the multitude of subwoofers to make their way through my video room. In my tests, I never detected it clipping, so either I never pushed it too hard or the clipping protection circuitry works as advertised.

Go listen to the Mirage FRx-S10. You will be very hard-pressed to find anything else out there in this price range that will better it with movies. 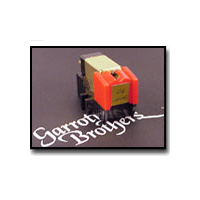 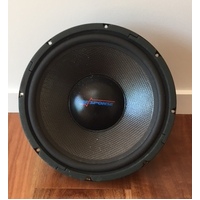 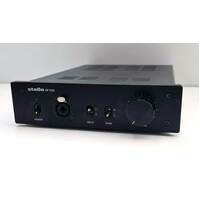